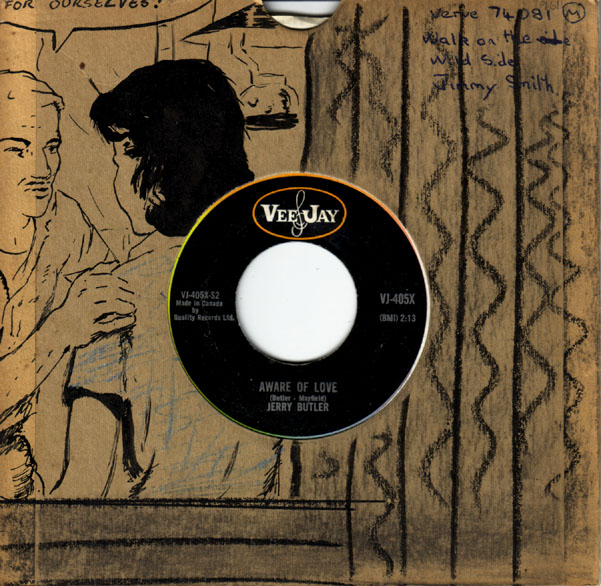 The B side of Jerry Butler's sixth 45 for Vee Jay, which for some reason was issued again as a white label promo compact 33rpm release in 1971! The A side is Moon River a 'standard' that was written by Mercer and Mancini for the Paramount motion picture Breakfast at Tiffany's, one of those films that the working classes can 'escape' into and, possibly, a 'carrot' to keep them flogging themselves to death as wage slaves dreaming that one day they will aspire to its glamour. The story was based on a Truman Capote novella from 1958, that had a dark foreboding edge, which is not in the film, instead we have the beautiful Audrey Hepburn as Holly Golightly, staring alongside Hubert de Givenchy's gowns and the spectacle of a sophisticated, modern life style spent in and around expensive hotels, and a happy ending. What the film seems to be selling is the [then] concept of  'MANHATTAN' and by extension America.