After his beach party and surfing excursions on album in the early 1960s, mostly aimed at the crossover audience, Bo Diddley tried to reclaim some of his earlier Rhythm and Blues territory with tracks like 500% More Man (the A side of Let The Kids Dance on the Checker issue USA) and Let Me Pass - the flip of the above issue, which was never issued as a 45 on Checker - Let The Kids Dance and its follow-up release We're Gonna Get Married still retain that crossover appeal but are a little more back in the old Bo Ddidley musical genre.

Released in October 1965 on Checker 1123 (see blow third issue label design) in the US. 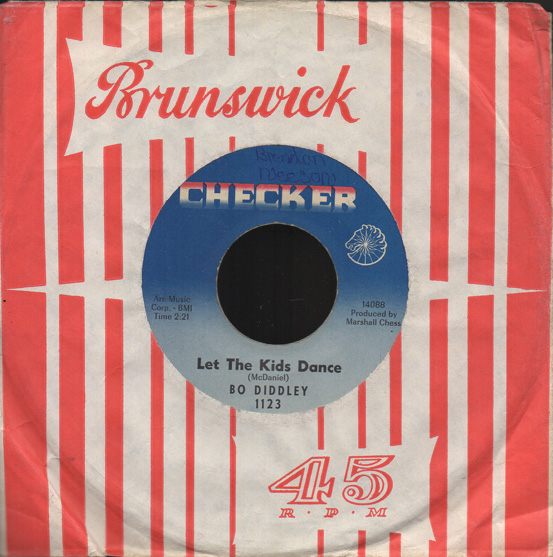