After singing with The Rainbows and The Marquees in and around Chicago, Marvin Gaye moved to Detroit with Harvey Fuqua (formerly of the Moonglows) and worked with him for the Anna label as a session singer and drummer. He cut his first record (a lemon, in his own words) for Berry Gordy, who booked him as a Jazz vocalist in 1961, by the time of Ain't That Peculiar an irrepressibly joyous and positive sounding dance cut, with an electric piano that sounds like it is from the 15th century, Marvin Gaye was an international Soul star.

Apart from being issued in England on 45 RPM single play on Tamla Motown 539 it was also issued as the first track on Marvin Gay's first British EP (see below) with that all important picture of the man himself (sadly missing here) as British Soul music fans were starved for images of stars even more than the records. 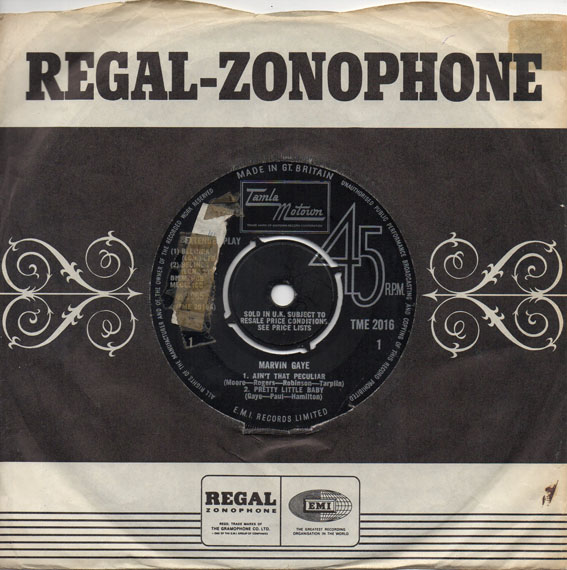