Chubby Checker suffered, as far as many Soul fans are concerned, because of his hit version of Hank Ballard's dance tune The Twist. Due to the phenomenal popularity of that record and the follow up Let's Twist Again, Chubby Checker became characterized as anything but a Soul singer, this is in part due to his label, the Philadelphia independent, Parkway, who, understandably, milked this cash cow for all it was worth, the result of which was endless variations on the Twist dance theme and other novelty dance records.

Yet Chubby Checker, born Ernest Evans, could sing quality Soul songs, non finer than the above Black Cloud which was issued as the B side to Birdland, one of the ubiquitous dance oriented numbers, a class mid tempo Soul cut and a fine example of what he was capable of given the right material. Seen here in a contemporary picture sleeve which, because it has a different catalogue number printed on it, I don't think is British. 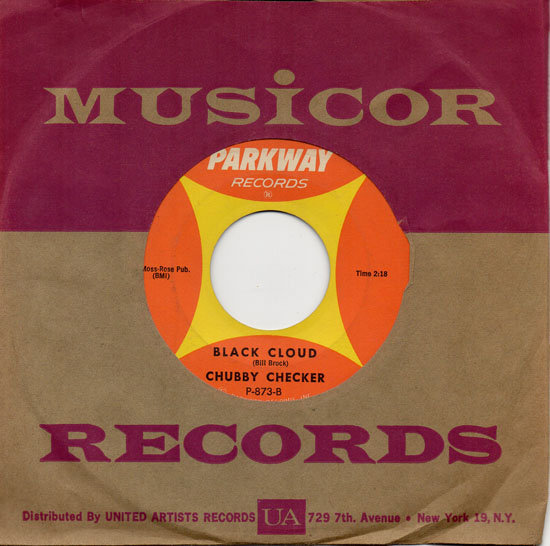