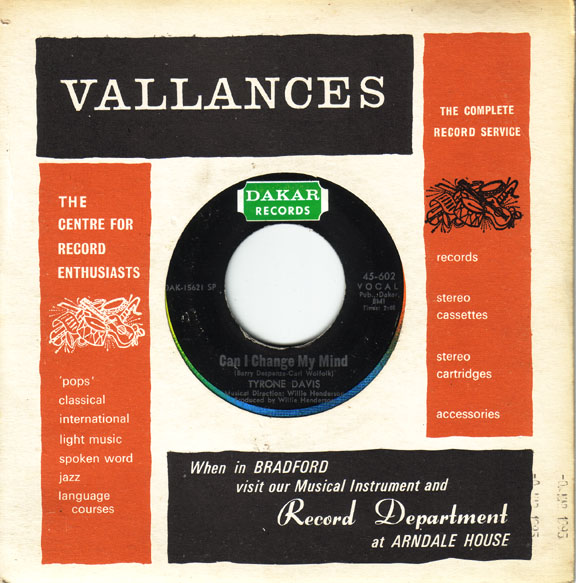 Here it is Tyrone 'The Wonder Boy's' original version of Can I Change My Mind, also recorded by Delroy Wilson. Has a better song been written? Although it's the original version it's not the first issue, that was also on Dakar, but earlier, before Atlantic took over distribution, the first issue number was 1452. Carl Davis set up the Dakar label in 1967 while he was working as A&R man and producer at Brunswick