This was another much played record in places like the Scene and the Flamingo, it had that 'dirty' feel that was so right for those primitive, sweaty dives, the diametric opposite of the other haunt of the Mods: the dance halls; so cavernous, luxurious and clean.

Released in the US as the B side to Fever, on Red Bird August 1964, and in the UK on the 9th October that year on Red Bird, it was the second Alvin Robinson treat that the British public had, his Something You Got another low down dirty sound, had been issued on the Pye International UK label. I believe he had previously issued records under the name Al Robinson for Imperial and Post before signing up with Leiber and Stoller.

The Coaster released a version of the song in 1967, with an identical trumpet intro and some jokey lyrics thrown in, as is their want, (see below) 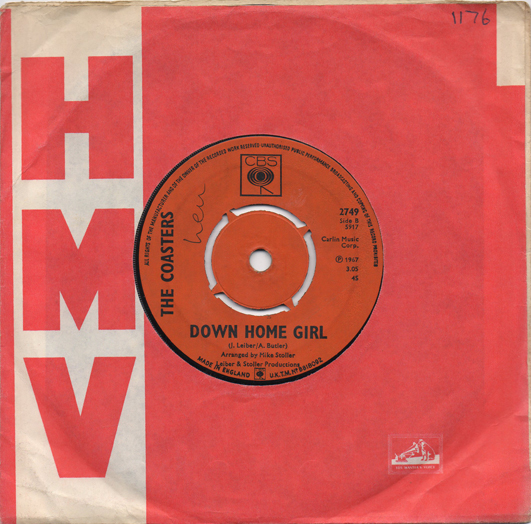