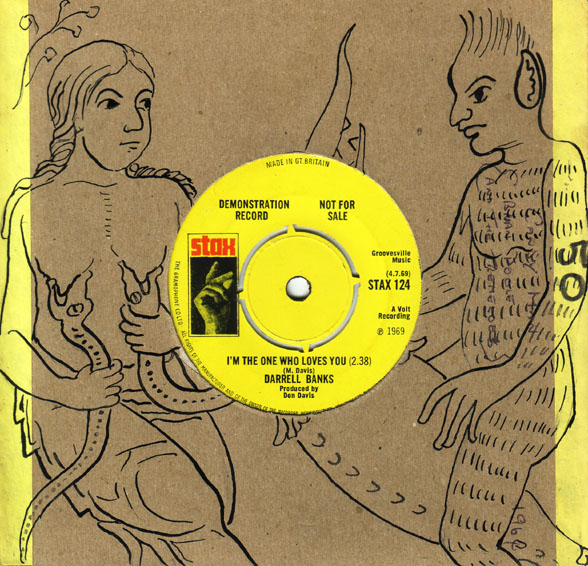 Darrell Banks died in 1970 from a gunshot wound in his neck; I'm The One Who Loves You a mid tempo Soul ballad, seen here on the British Stax imprint, is the B side of Just Because You Love Is Gone his penultimate release, recorded months before his tragic and premature death. He only had a total of seven singles released under his name: two on Revilot, three on Atco, one on Cotillion and two on Volt.