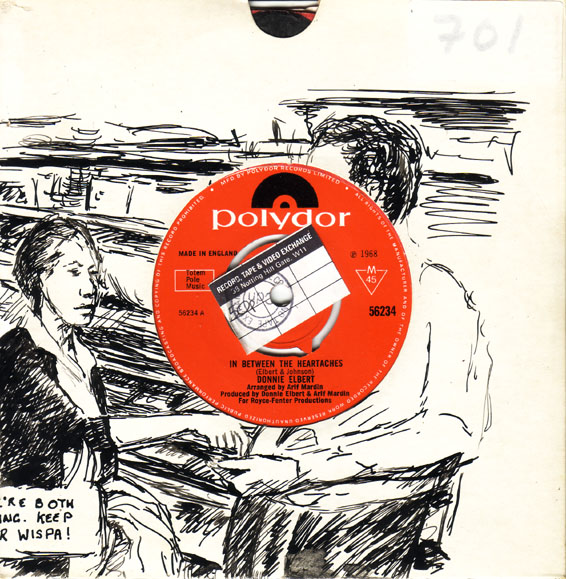 Donnie Elbert first recorded as a solo artist for Deluxe in 1957, since which he recorded for a plethora of labels with varying degrees of success. The above is his only solo outing on the Atco label USA and being issued on Polydor in the UK represents something of an anomaly as Polydor had an Atlantic/Atco imprint running in Britain at this time.

See also: Who's It Gonna Be