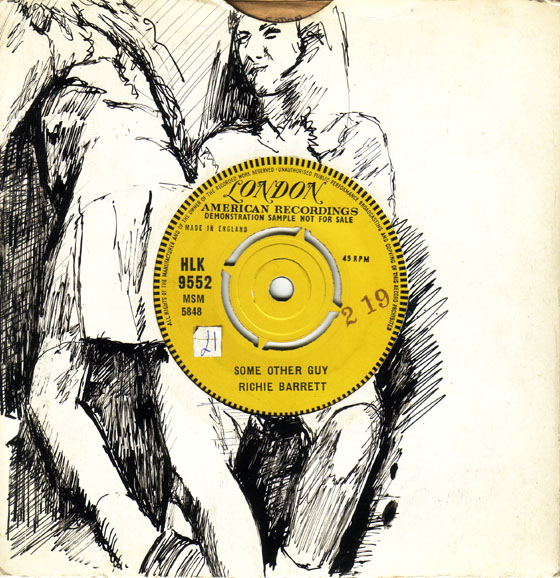 Originally released in the US on Atlantic 45-2142, in April 1962. It was released in the UK on London in May of that year. A dynamic recording that powers along, Some Other Guy ,was totally different to his other two previous records released in the UK, so different not only in style but Richard Barrett, who had changed his name to Richie, for this recording, sounds like a completely different singer. His previous two were a recording of Smoke Gets In Your Eyes, a song made famous by The Platters, and a cover of the Fleetwoods hit Come Softly To Me backed by The Chantels (see below).

When it was released in Great Britain this release, written by Lebier, Stoller and Richard Barrett, was an instant hit with the 'faces' in the Lyceum, Tottenham Royal and Purley Orchid; and it is easy to understand why, the lyrics were perfectly suited to a certain working class male sensibility, and seemingly the girls liked it too. 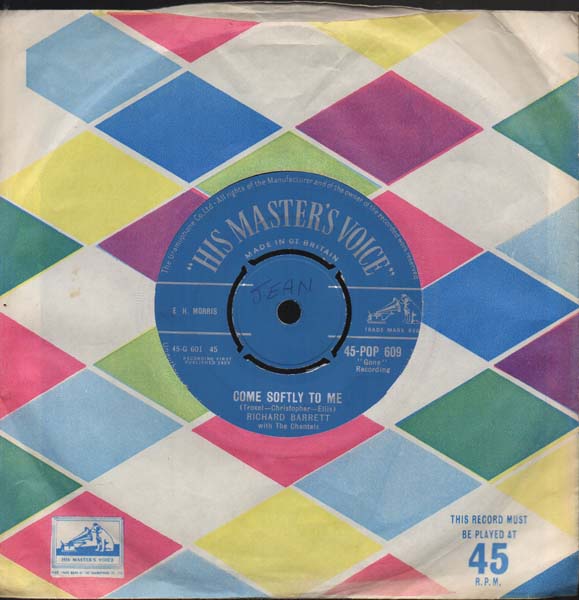