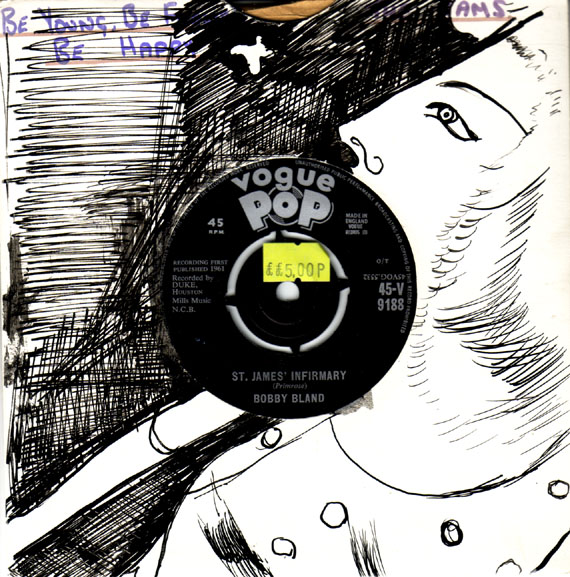 Written by Joe Primrose and possibly first recorded by Louis Armstrong And His Savoy Ballroom Five on OKeh 8657 in 1928, this song has been one of the most enduring Blues of the twentieth century. The song is based on a real place (and possibly real events) the St. James opened its doors as a hotel in 1859 and though it changed hands several times, continued to welcome guests throughout the latter half of the 19th century. The hotel, in its heyday, was described in one newspaper article as "one of the grandest hotels in the Confederate States". The union Army however, may have been responsible for its greatest fame. After occupying the city during the Civil War, troops converted the stately hotel into a military hospital; possibly the famous St. James Infirmary of the song.