Charles Edwin Hatcher a. k. a. Edwin Starr already had a massive hit on the dance floors of clubs and dance halls in the South of England and possibly throughout the UK, with Agent Double O Soul, even though it was not available as a British issue, then Stop Her On Sight was released and it was an instant success with those same dance crowds and the rest of the record buying public. So popular was the the record that it had two runs on the charts both in 1966 and then on its reissue in 1968. It belongs to a canon of records, like: High Heel Sneakers,  that all have an opening riff which is not only instantly recognisable but virtually propels the listener into action and out onto the dance floor. 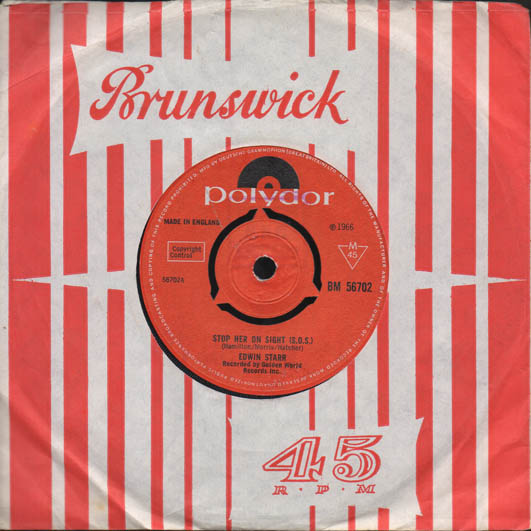