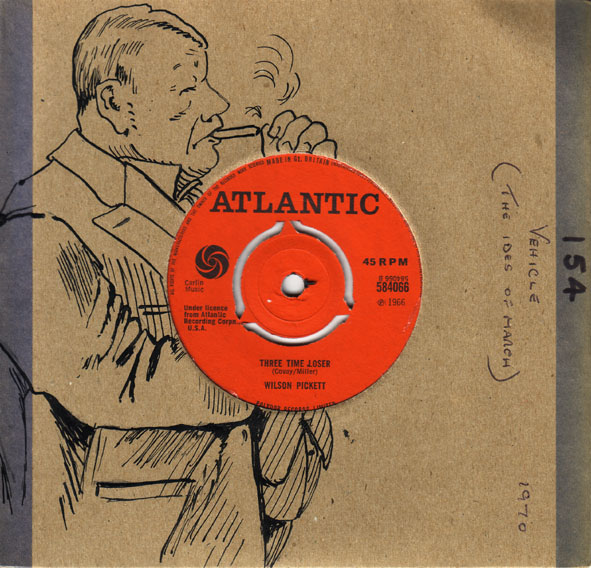 In this song Wilson Pickett is comparing his relationship to the so called 'three strikes' law that has existed in the United States of America since the 19th century, and in its present more rigid and extreme form since the early 1990's. The law, simply stated, means that any accused person convicted for the third time of a serious crime will be given a mandatory extended prison sentence, most often 25 years, with no leave for early parole. The term 'three strikes and your out' comes from the game of baseball, meaning that the batsman has three chances only to hit a ball thrown at him by the bowler, or pitcher. The 'three strikes' law certainly has it's critics not least for the way it restricts or removes juridical discretion in sentencing, but those critics are not to be found in the New Labour government who have imported the concept into the UK, along with many other draconian laws, concepts and statutes from the US; zero tolerance, etc, One reason why the government would do this is to appear to the voting public to be 'tough on crime'; as first and foremost the election and continued occupation of government of the party must be prioritised; this even before the precepts and needs of capitalism and thereafter the state. The realpoltik of this means that if the voting public are more likely to elect them with such neo fascist / communist laws, then those are the laws they will enact, while those voters who would prefer their civil liberties to be, at least, upheld, if not strengthened, being very much in the minority, are flannelled and, effectively, ignored.