O. V. Wright's sixth release on Don Robey's Back Beat label, and along with Your Gonna Make Me Cry, his only other hit. The song is credited to Deadric Malone which is a pseudonym for Don Robey, which itself covered for the staff / house writers at Duke / Peacock.

Released in the UK on London (see below) Eight men, Four Women was O. V. Wright's fourth British release and his only one on the London imprint. 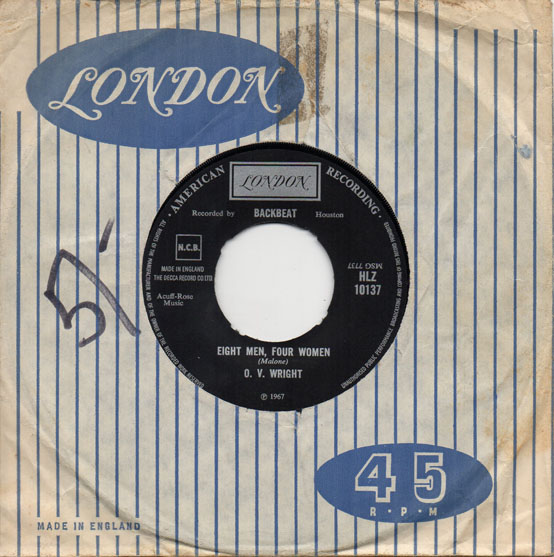