The B side of Billy Stewart's first on Chess, the song credited to Stewart and Mc Daniel (Bo Diddley), and was written in response to his friend the A&R man at Chess Billy Davis, who asked him to pen something autobiographical on the theme of his nick name: 'Fat Boy'. This take is different from the recording on his I Do Love You album, the album cut, which I prefer slightly more, does not have the little bubbly organ and seems a little more punchy.

Fat Boy was covered in 1972 by Reggae singer Busty Brown, aka Clive Smith, a Derrick Harriott production it was released in the UK on Song Bird (see below). 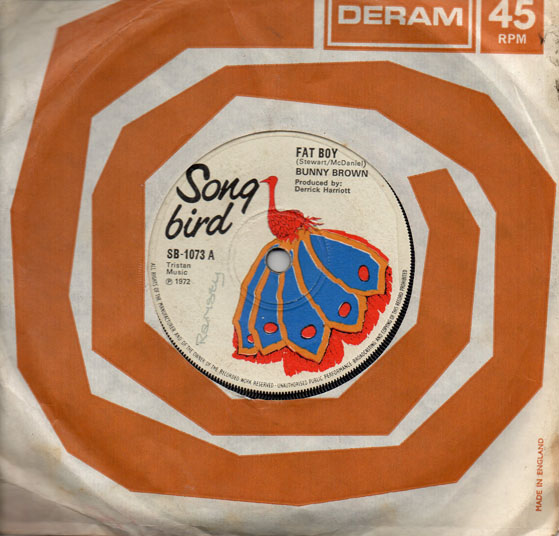