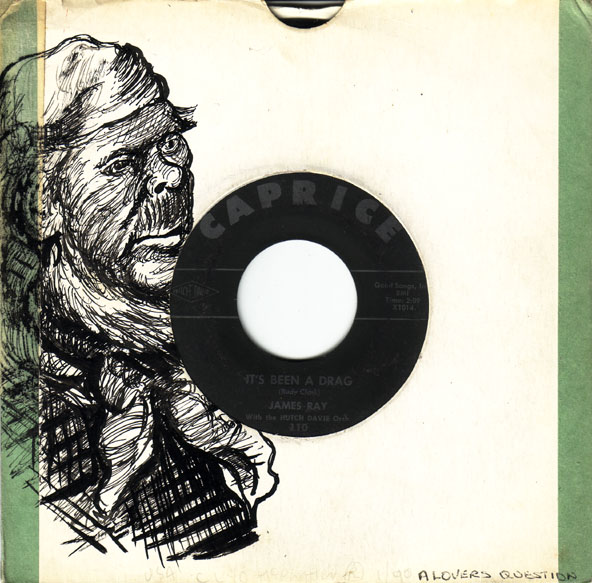 A tough one this, a short song a bout hardship, failure and mental anguish, the type of song that is usually self penned, but in this case was written by the New York based and prolific writer Rudy Clark, who not only wrote the other side but most of James Ray's early recordings. I think that, although the song is written to be a testament to a hard life, possibly the black man/woman's, with James Ray's somewhat whiney, nasal voice it comes across as a little to real, which gives it more than an air of nihilism.