Outstanding performance by Little Milton confronting one of the more difficult aspects of a relationship with a song that deals directly with the subject of infidelity; that few like to acknowledge is relevant to their own partner. Released on Checker 1113 in the US and reaching #4 on the R&B charts Who's Cheating Who was Little Milton's tenth release for the Chess brothers imprint. it completed a trio of exemplary recordings by the man: Blind Man, Were Gonna Make It and Who's Cheating Who (his first three released in the UK) which established him as a Soul giant with many British Soul music fans. 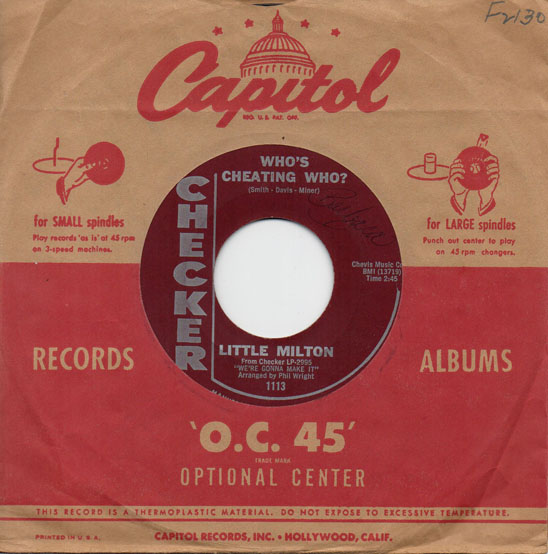