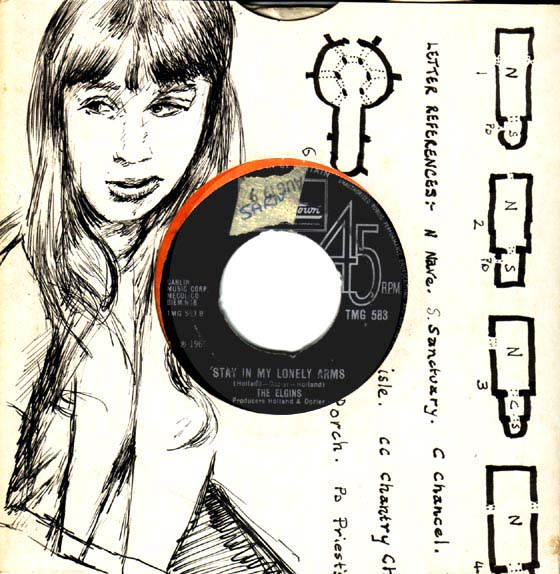 The Elgins debut for Tamla on the V. I. P. label was Put Yourself In My Place from December 1965, prior to that they had been known as The Downbeats, and before that, The Sensations, they were originally an all male group, it was Berry Gordy who suggested a female singer, Saundra Edwards (Mallett) who had recorded Camel Walk as Saundra Mallett and the Vandellas, for the Tamla label, it was Berry who also suggested a name change.

The B side of Heaven Must Have Sent You, the groups second British release on the Tamla Motown label, Stay In My Lonely Arms is an achingly beautiful mid tempo Soul cut sung by Saundra Edwards. It was popular enough to be re released five years later in 1971 (see below). 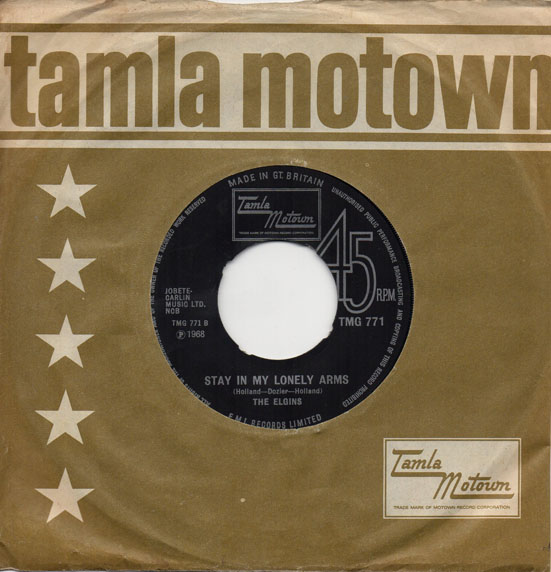 RETURN TO THE GIRLS WITH SOUL PAGE