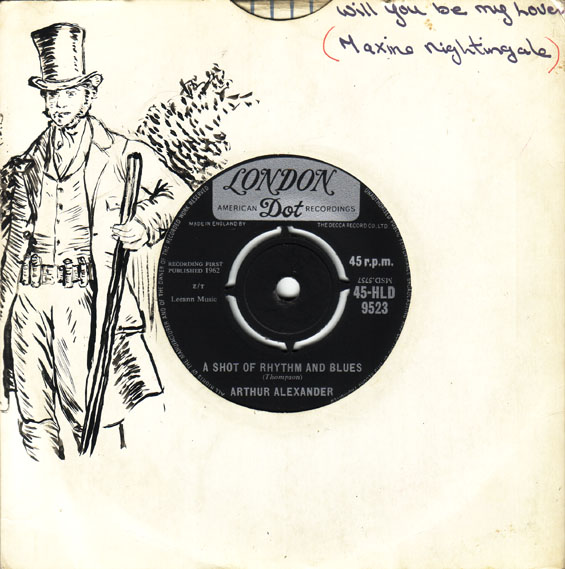 The original version of A Shot Of Rhythm And Blues recorded by Alabama born singer songwriter Arthur Alexandra, released in December 1961 on Dot records USA, and in March 1962 in the UK (pressed up with a 'London American' label and 'London Dot' label). Although having written many hits for other Pop and Soul singers, and recorded other stellar recordings of his own, the great Arthur Alexandra was unable to make enough money in the music business and ended up driving a bus in his final decade of his short life.

The B side of You Better Move On, it was A Shot Of Rhythm And Blues that was de rigeur for all mid-sixties pub and rock bands, ninety per cent of who were weaned on American Rhythm and Blues. I would go as far as to say that this was possibly one of the most played songs of the decade and yet few people have ever heard of this version, let alone the singer. Even though Clyde Mcphatter had a great voice and could sing both rocking vocals and ballads I would say that certain songs just don't suit his style including A Shot Of Rhythm And Blues. 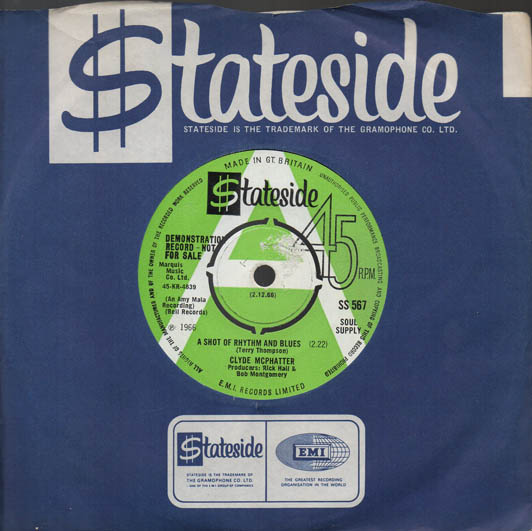 A SHOT OF RHYTHM AND BLUES * CLYDE MCPHATTER * STATESIDE 567 * UK