Brother Rap in a nostalgic mood; which I think is meant to be a bit ironic as while he was singing this song, on  stage, about dances he "used to do" he would probably be breaking out into those very moves. This cut was a favourite in the post Mod clubs, like Oscars, where those folk would go who weren't into the Hippy groove but still wanted to dance, and not sit on the floor listening to Progressive Rock, deep in a spiritual thingy.

There Was A Time was recorded live at the Apollo Theater New York, June 25th 1967 and released in the US on King 45-6144, in November 1967, and in the UK in February 1968, in this dynamic edited version.. The song was covered by Gene Chandler the following year and released as a B side that deserved to be the A side, and was eventually, officially, given A side status in the UK in 1976, on this 'double A' sided release below. 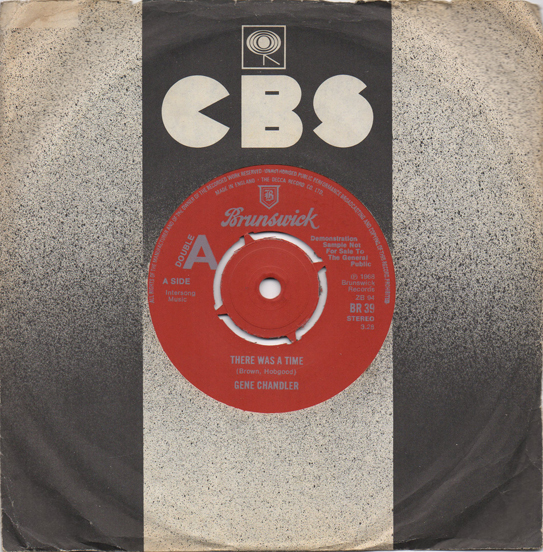