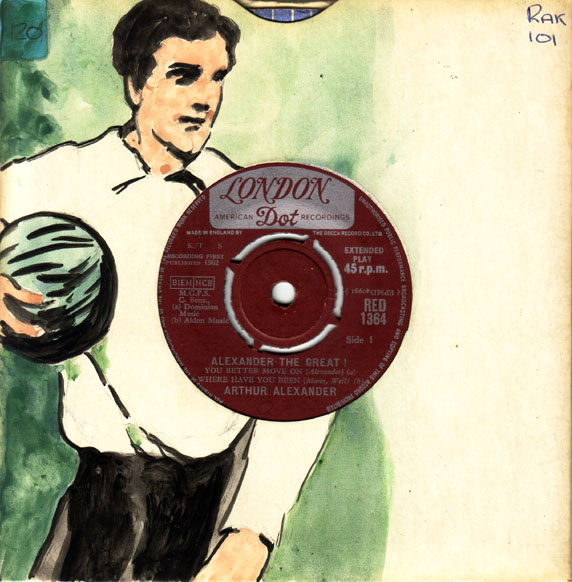 Where Have You Been, written by Barry Mann-Cynthia Well, was Arthur Alexander's follow up to You Better Move On and reached the top 60 in the USA. It was issued as a 45 on the London label, but, as I don't own a copy, it is seen here in the next best UK form, as a track on the first of his two British Extended Play's (EP) Alexandra The Great. This EP was issued with a company picture sleeve which, unfortunately, I also don't have; it is the fate of many a records picture sleeve to be discarded as unwanted ephemera.