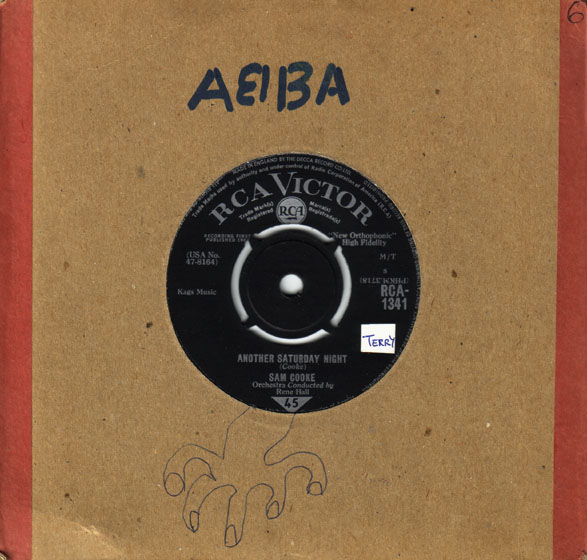 This sweet n' sour song written by Sam Cooke, came the end of a run of successful Pop, almost novelty, songs that he cut for RCA, beginning with Twistin' The Night Away followed by Having A Party. When this song was written, time, specifically the days of the week, was structured for the multitude - in particular the working masses - for the benefit of the economies of the industrialised countries in such a way as to allow only one real 'free' night, i.e.: Saturday, for abandonment and revelry; though in practice there were two as Friday night was also considered a 'going-out' night for drinking and other social activities but not partying. This confinement of time was achieved by a kind of united front of the state, business, financial institutions and the Church, and implemented through divers forms of social conditioning, primarily through the media and Church but beginning with educational institutions. This time structure suited all power factions previously mentioned and operated on a pre cognitive level that was never brought up and or questioned by those it was imposed upon except in the case of the Church. Many folk were, at best, uncomfortable of the symbolic ownership and often real control organised religions had over Sunday. This discontent with Sunday's role in the structure was tolerated, if not actively encouraged, by the other vested interests and it grew to a 'popular' movement against their precious Sunday's being controlled by the Church in such a way. During the 20th century the Church were becoming the weakest link in the power configuration and towards the end of that century along with the paradigmatic shift in the structure of time (a flattening of time), favoring the new economy, the now outdated needs of the Church were swept aside in the installation of our new 'timeless' time structure aka 24/7.

Returning to the song; As division, including division of the sexes, was very much part of the industrialised time structure, one reason why this little parcel of Saturday night was so important is because away from work on the other side of peoples lives finding a partner, or even just meeting socially the opposite sex, had to be done then or possibly not at all. So that when Sam Cooke sings "It's another Saturday night and I ain't got nobody" he is expressing the thoughts, feelings and fears of many working class people trapped in that durance vile imposed on them largely for the benefit of the state (left and right, makes no difference) and capital.

Another Saturday Night was a popular song with countless singers during the 1960s and was still being recorded in the 1970s as can be seen from this British Reggae version by Eugene Paul released in 1971 (see below). 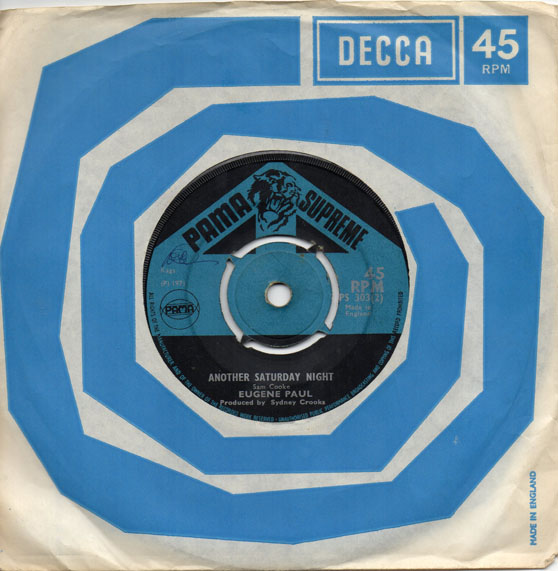 RETURN TO THE GUYS WITH SOUL PAGE PART 2